My city is Nha Trang, It has a beautiful beach in Southern coastal of Vietnam. Nha Trang is well known for beaches and scuba diving, and becomes popular destination for international tourists. But this does not talk about the tourism or the development of this city. I want to tell you about a small area inside my beautiful city.

About 20 years ago, most of the people who lived along the beach were fishermen. One of the most popular area was belong a mouth river of Cai River and Nha Trang bay. A big storm in 1999 destroyed this place and so the people had to move further inside the cay in middle of the river. They named their new land “Cồn Tân Lập” (A new doub/cay). From 1999 to nearly 2010, they lived and spend most of time for fishery. They lived in small wooden houses connecting with each other by small bridges. And they threw all their daily waste to the river. Recently, the goverment has a plan to move them outside of the city to improve this area. However, the money for compensation is not enough for them to relocate their lives.

These photos were taken by me, using Canonet QL17 camera and Kodak color plus 200. Most of the people were moved to new places. These people are left, waiting for funding from the government and will be move in the next couple of months.

House in this area 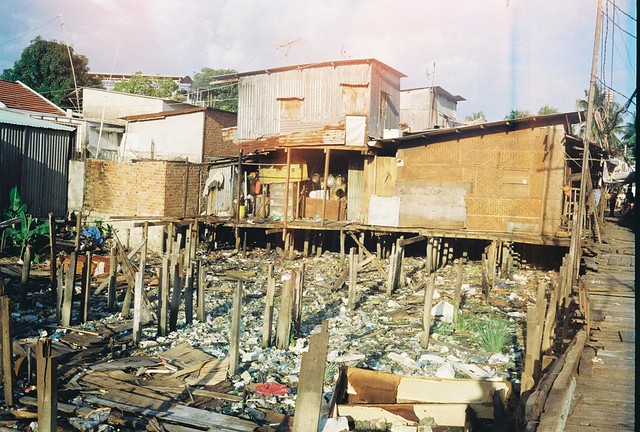 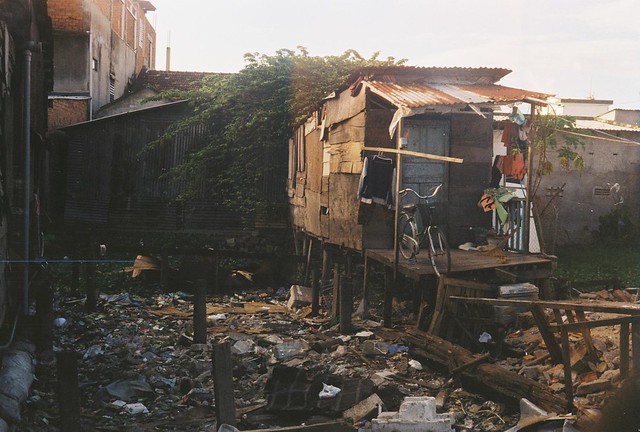 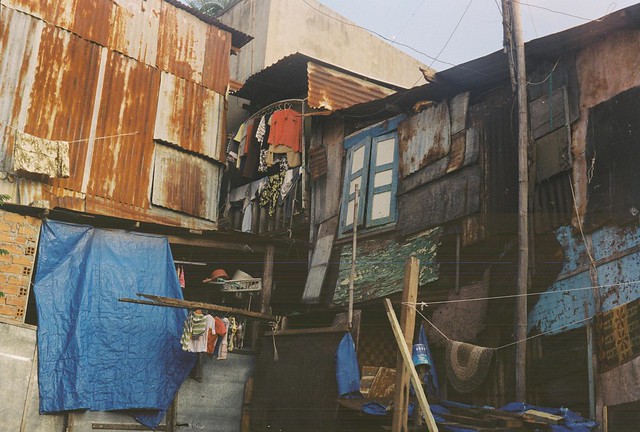 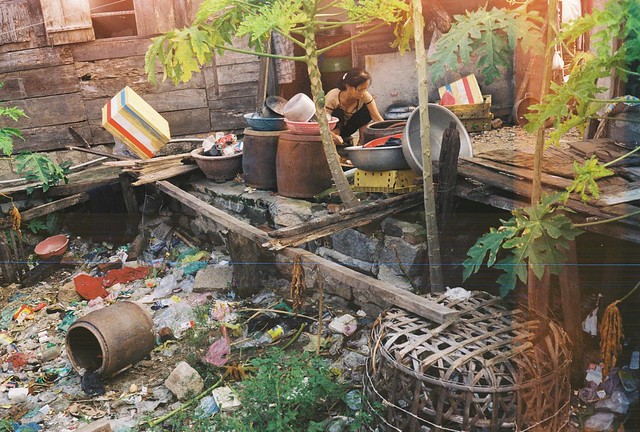 Take up the wood to a new place 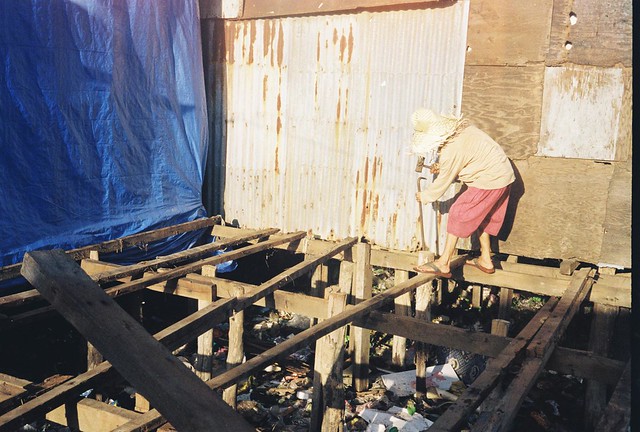 Bridge to go to their house 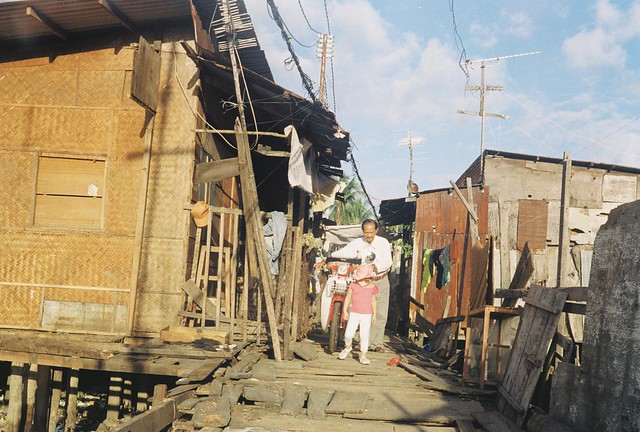 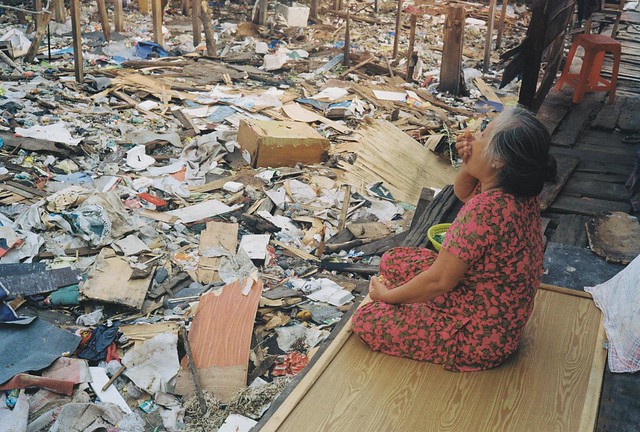 Children are living in the “awesome” polluted area 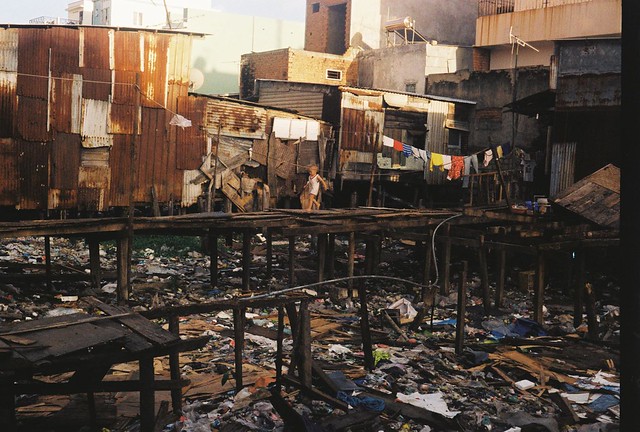 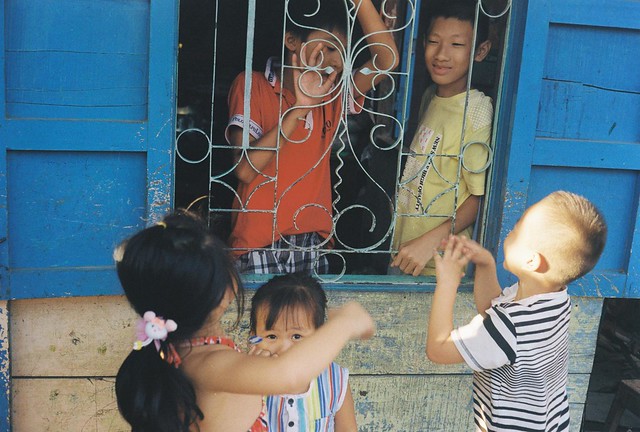 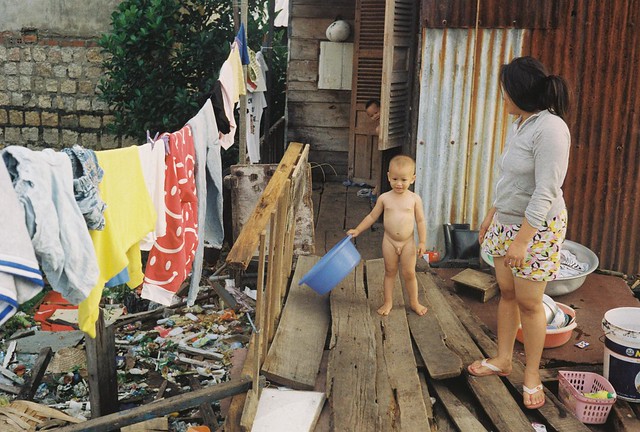 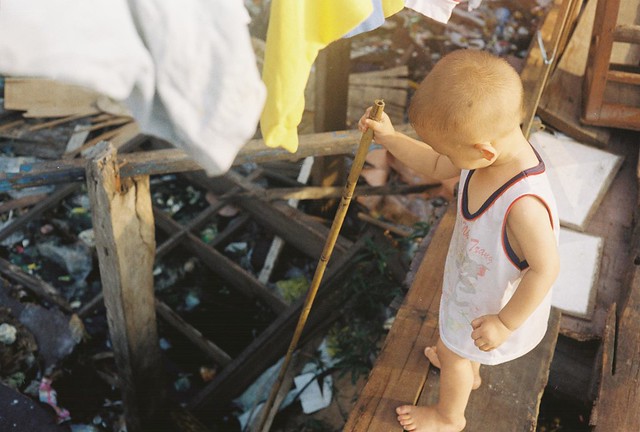 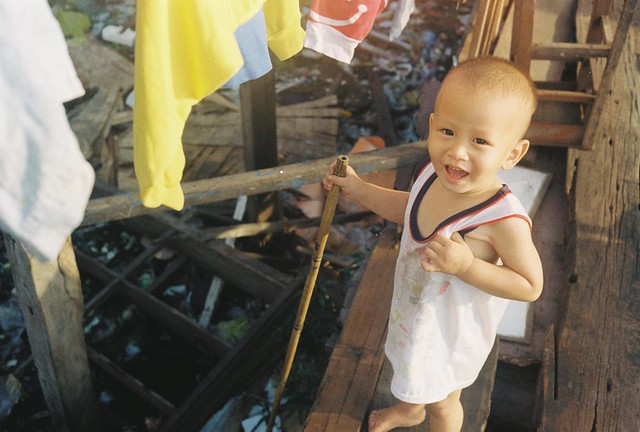 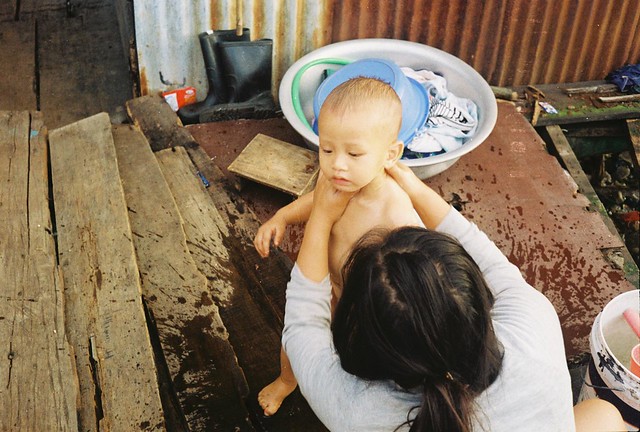 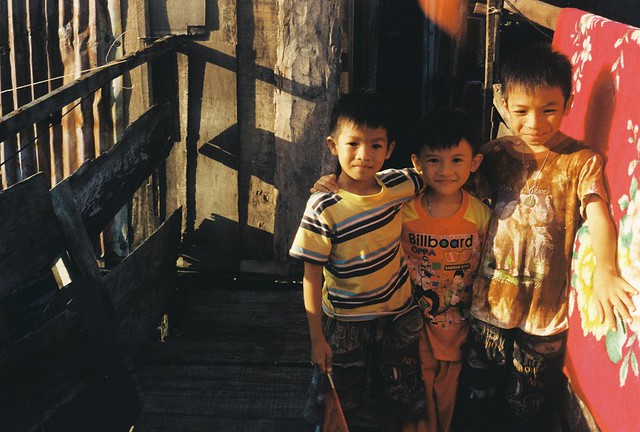 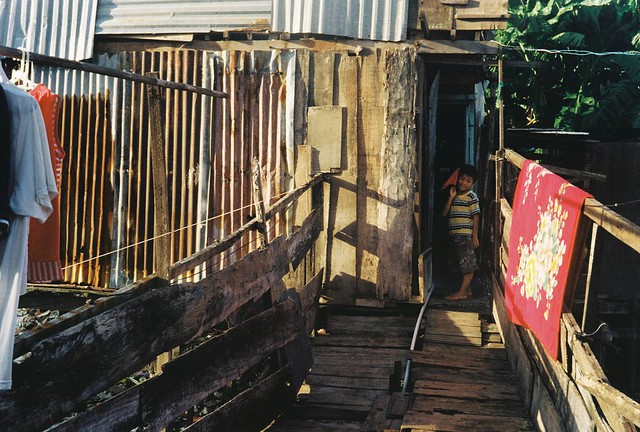 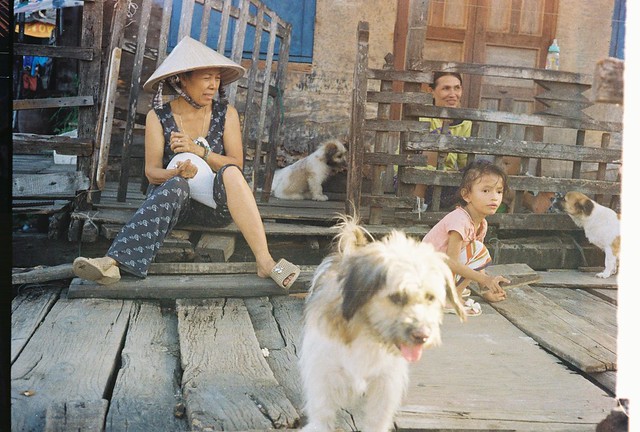 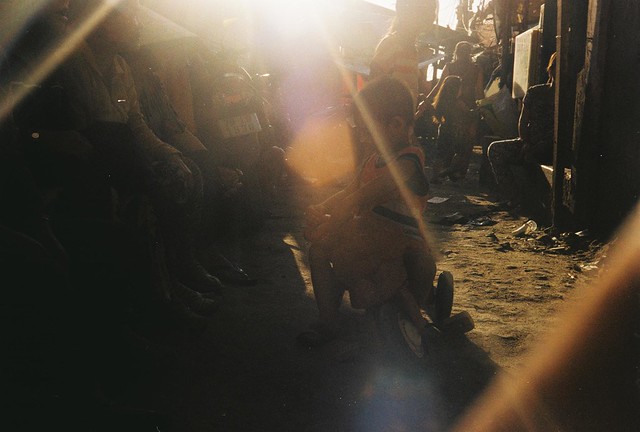 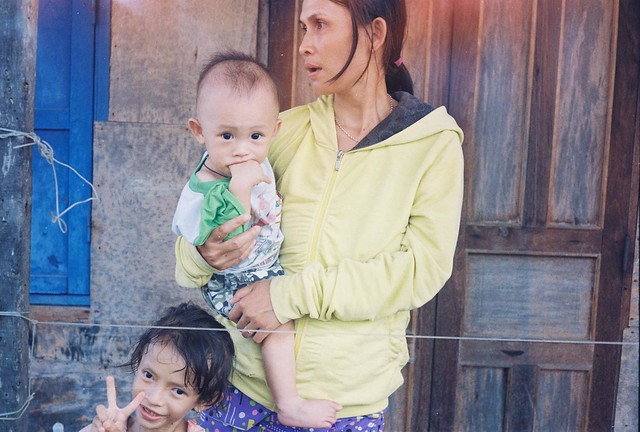 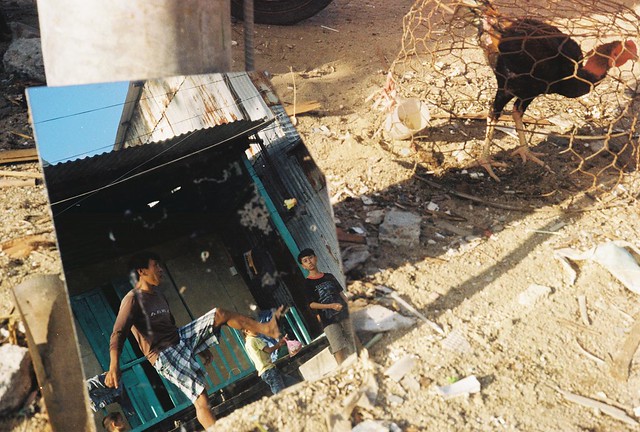 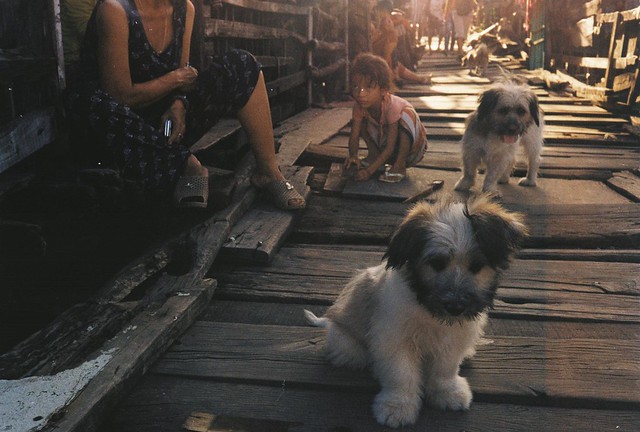 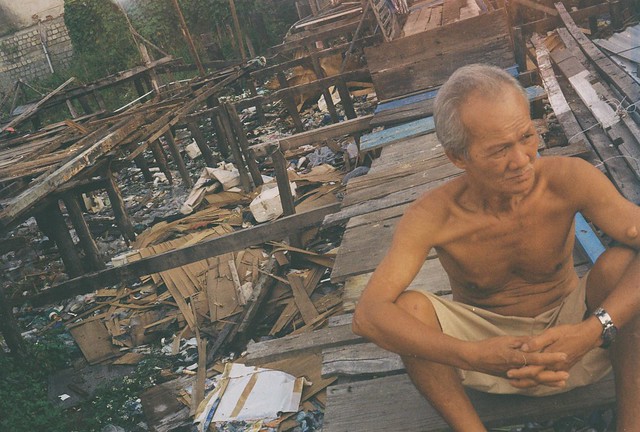 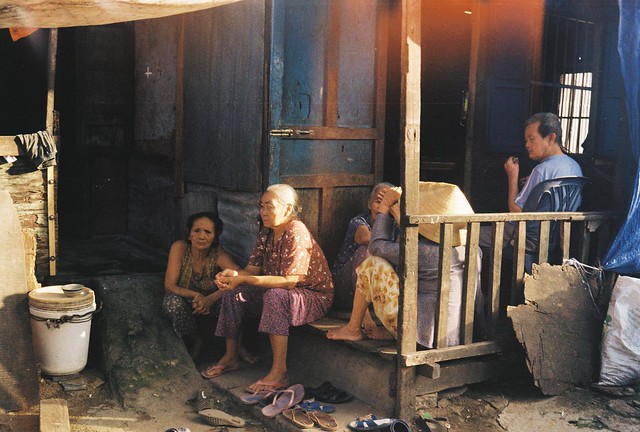 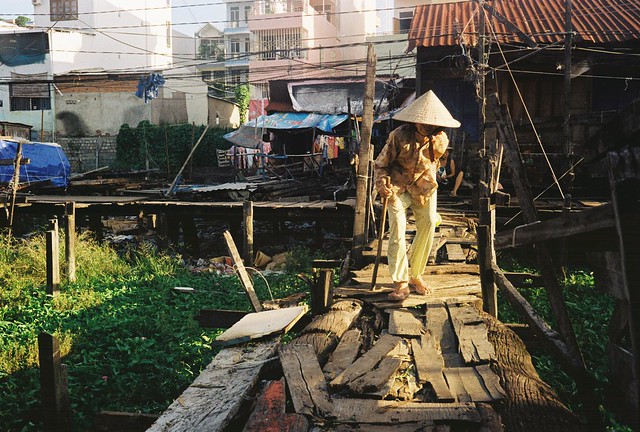 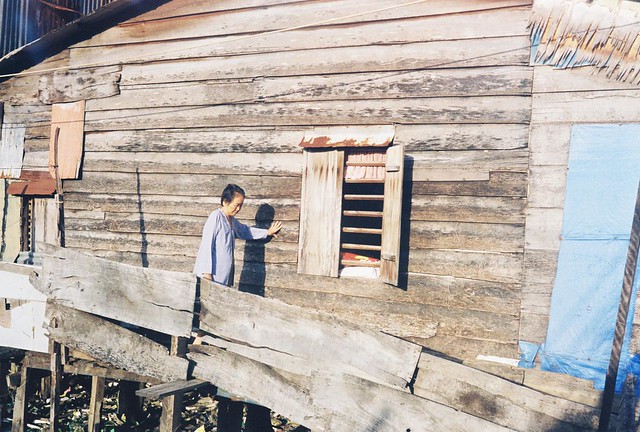